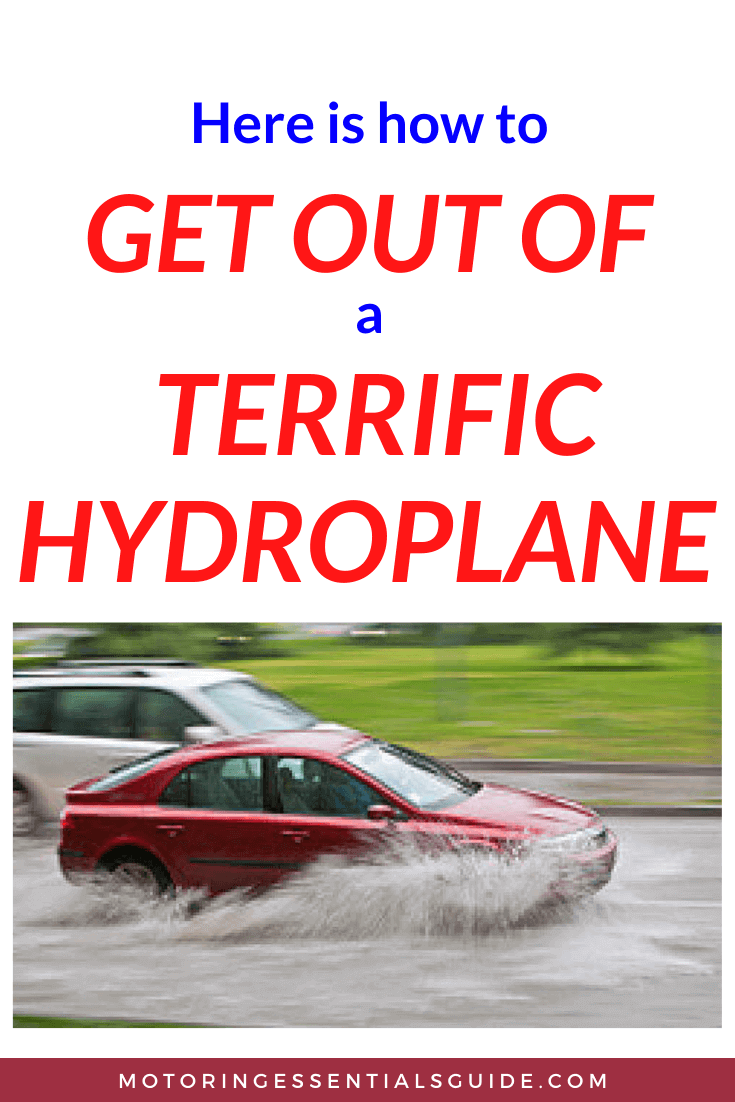 Driving in wet pavements has a number of unique challenges but perhaps the worst of them all is hydroplaning.

In fact, data from highway agencies indicate that over 1.2 million crashes occur on rain-soaked roads with a significant percentage blamed on hydroplaning.

Here we explain what is hydroplaning and what causes it.

Hydroplaning (also known as aquaplaning in some countries) is simply the separation of your vehicle’s sliding tire from the road surface because of the presence of a layer of water.

Of course, water builds up between the roadway surface and your car’s wheels when driving in rainy weather.

When this happens, you could experience a scary scenario where your vehicle no longer responds to your control inputs- the tires lose their usual footing as the treads are unable to displace the water because it’s at an overwhelming level.

This experience can be pretty scary and you may end up crashing your vehicle sometimes with tragic consequences particularly if puddles of water cover all the wheels simultaneously.

It’s important to note that a water layer rising to just 1 ½ inch can cause hydroplaning even in the best-maintained roads.

You see, tire traction is vital for the control of your vehicle in all kinds of driving conditions and tires, whether they are all-weather tires, snow tires, or even the best tires for SUV all seasons.

Now, the stronger the contact between the surface and rolling tire, the more responsive your car will be to your commands.

It, therefore, follows that anything that hampers your tire’s grip on surfaces is a recipe for disaster since the frictional forces (between your tires and the surface) that optimize the grabbing of the road diminish in magnitude.

This is precisely what happens when a water film forms between the tires and the road in wet or flooded conditions.

That’s because whether you have the best cheap tires or premium tires, the grooves of your tire cannot efficiently evacuate water from beneath the tire’s footprint (as it is encountering unbearable flooding) resulting in loss of friction.

At some point, the ramped-up water pressure may establish a thick sheet of water below the tire’s footprint and make the car to be lifted from the road.

Well, the tire skids and you totally lose directional control – you may veer off the road and land in a ditch, collide with road obstacles, or even roll causing fatalities especially if several cars hydroplane concurrently.

You will have your lucky stars to thank if the vehicle regains contact with the road and reestablishes friction.

How do you get out of a hydroplane?

Admittedly, nobody is 100% safe from hydroplaning as long as you’re driving on drenched roads.

However, there are a couple of tactics you can apply to recover from a chilling hydroplane.

First and most importantly, do not brake or turn- these are the first things to come to mind but they can worsen the situation as you’ll make the car to skid further/ swerve dangerously.

The idea is to try to reclaim normality by releasing the accelerator slowly while steering in the same direction (unless forced to turn) until you take back control.

If you must engage the brakes, again do so gently and be prepared for some erratic behavior.

While you cannot entirely prevent hydroplaning, taking precautionary steps can go a long way in ensuring your safety when maneuvering swampy roads.

These include carrying a portable car tire inflator to maintain proper tire pressure recommendations, staying away from worn tires, and slowing down when heavy rain starts to come down.

Lastly, avoid standing water and don’t use the cruise control option when driving under heavy rain.

1 thought on “Hydroplaning and How to Get Out of It”